First, something about my health:

This Sunday I am going to the Mayo Hospital in Phoenix. I'll be there for two weeks.

I have cancer — multiple myeloma — and my oncologist has encouraged me to start the process of a Stem Cell Transplant. I'll provide some explanatory text, courtesy of the Mayo Clinic website.

Multiple myeloma is a cancer that forms in a type of white blood cell called a plasma cell. Plasma cells help you fight infections by making antibodies that recognize and attack germs.


Multiple myeloma causes cancer cells to accumulate in the bone marrow, where they crowd out healthy blood cells. Rather than produce helpful antibodies, the cancer cells produce abnormal proteins that can cause kidney problems.


I'm giving serious thought to this situation. Stay with chemo for a five - ten year prognosis or do the transplant for ten - fifteen years, if it works and if it doesn't leave me with worse quality of life due to side effects.
Prayer will help. That is the "wealth" I mentioned. I have friends and family praying for me as I contend with my cancer. I am right with God; His will is being done and I am OK with that.
Stem cell transplantation. A stem cell transplant is a procedure to replace your diseased bone marrow with healthy bone marrow.

Posted by chasmatic at 10:19 PM No comments:

SEER OF MUCH, SAYER OF LITTLE.

I'll let the music do my talkin'.

"Ahead of his time".

"Speaks faster than he thinks".

Those are some of the favorable comments experts agreed to publish regarding my blog efforts. This post originally ran last summer. Specific examples can be expanded to include most of what is currently coming out of DC.
The Secretary of State, Attorney General, President, Commissioner of The IRS, any of the top people are saying things like "Gee, I didn't know about this" or "Gosh, they never told me ..."
They are lying. They are setting up circumstances to throw low-ranking subordinates under the bus. They cannot find enough underlings willing to fall on their swords so they will line some up for the drop. Grab. Toss. Done.


I'd like to see these epitaths on top-ranking tombstones. After the tar and feathers, that is.

"What difference does it make?"


Nothing has changed since this post first appeared. Well, yeah, it has. It has gotten worse. 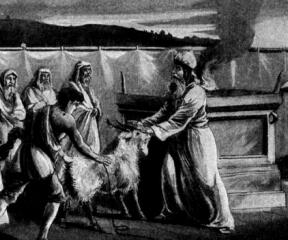 1.
Chiefly Biblical . a goat let loose in the wilderness on Yom Kippur after the high priest symbolically laid the sins of the people on its head. Lev. 16:8,10,26.

2.
A person or group made to bear the blame for others or to suffer in their place.


Hitler in his rise to power used the Jews as scapegoats. Mid-thirties and the German people were suffering the Depression same as we were back here. He said something like:

"You know why you're poor? Why you are suffering, unemployed, got no food, so forth?"

"It's because of the Jews. Look at 'em, they have food, they got jobs (many bankers, lawyers, doctors - chas) they are the cause of your suffering."
Hitler stirred them up and told them if they voted him in, he had solutions.

We know how that turned out.

Any of you that read this blog have your eyes open. This is not news.
Seems to me that we are headed in the same direction. Not with the Jews. With the current powers that be blaming our troubles on Reagan, Tea Party, White folks, rich people, patriots, Christians, look at the watch list.

Check out the Fast & Furious scandal. Benghazi, The VA wait lists. They are lining up some poor schmendricks to take the fall. Stonewall and lies and some poor bastard to throw under the bus. The money, immigration, the wars, whatever is fucking up real good is, well, it's not my fault.

IT'S NOT MY FAULT  I'd love to see that as Obama's epitath.

Oh. Gee. That goes on his tombstone after he is dead ... Oh.

King James Version
Make a joyful noise unto the Lord, all ye lands.
2 Serve the Lord with gladness: come before his presence with singing.
3 Know ye that the Lord he is God: it is he that hath made us, and not we ourselves; we are his people, and the sheep of his pasture.
4 Enter into his gates with thanksgiving, and into his courts with praise: be thankful unto him, and bless his name.
5 For the Lord is good; his mercy is everlasting; and his truth endureth to all generations.

I observed and reported on prior visits to NorCal (Castro Valley). Found the same atmosphere and head space down in SoCal. Maybe flock of sheep but the insect analogy seems more fitting. A California band put out a song "Hotel California" and it suits the state.

Note:This excludes the Central Valley which is like farm & ranch other places, American flags and churches abounding.

The coastal area is indeed like a hotel. Many residents/workers are as obsequious as hotel staff. Most have entry level jobs, take what they can get because there are six people waiting to replace them. Buyer's market. Dressed to the nines, working two jobs to stay afloat, grovel when they have to, keep boss happy. There is a quiet desperation in their eyes, they know something is out there circling in for the kill but they don't know what it is, or won't admit it. As long as the surface tension holds they're OK. Nice cars, upwardly mobile meaning run as fast as they can to stay even. Hampster on a wheel comes to mind.

We stayed around Long Beach with some long-time friends. On the way home we went south to San Diego. As soon as we hit San Diego the people changed. Quick take: like farm & ranch with military influence. They do not appreciate the open border crisis. I am back in familiar populations with real life values. For anyone living along the Cali coast the bug out vehicle of choice would be  a motorcycle. Not a big one, say 500cc max, quiet exhaust. Getting out of any large urban area would require it and especially in Cali. Everything runs on freeways, surface streets are built grudgingly and without flow patterns. Someone who knows his way around could traverse them but a stranger would need the mobility of the bike. It would take ten minutes to gridlock the whole state highway system with a team of two dozen in synch. Shudder.

The residents of the coastal areas are oh so nice; I can see they would be good neighbors. Green. Eco-friendly, yearning to save just one child. 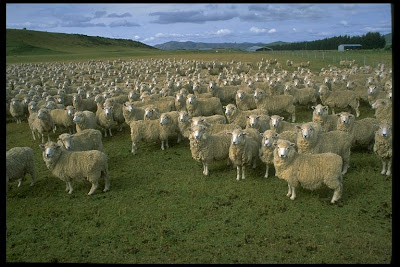 I think proximity to the Pacific Ocean might explain some of the behavior. Nice white teeth, kind and gentle demeanor. Softer than a sneaker fulla shit my father would say. Went down to Huntington Beach but I didn't see any of those surf bunnies that got bra size higher than their IQ.


Never made it into San Francisco, or "San Francisco" as the locals call it. If I did I would be double-dawg certain to do as this guy suggests. You know, to blend right in:

I probably woulda felt more at home in the Central Valley. Drag strips, farm & ranch, meat eaters. Is not Altamont in around there, up near Livermore? 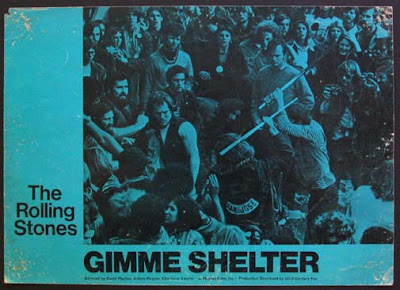 A few years ago the Brocker went on a trip to Nova Scotia and Prince Edward Island and discovered noticed the Atlantic Ocean. That's my kind of ocean. Besides, the Brocker doesn't look anything like Lucy. Actually we're more like Fred and Ethyl but that's a story for another time.

As for blogging, The most impor­tant tasks of the aspir­ing blogger are:

(6) use post titles that contain buzz words to attract strangers;


This lifted off the pages of The Washington Rebel some months ago, before it imploded. The sophistry and polemical discussion on that blog site reached critical mass:
I doubt the efficacy of teaching, though it's noble indeed to attempt it. Witness the enormous learning, wit, and insight of so many wonderful bloggers whose voices can now be heard. Still, as entertaining as their efforts are, it seems to me that the effect of their work in defeating the liberal, grifter enemy is marginal. Colonel B. Bunny


I do not trust people, places, and things the way I once did.
I avoid crowds. I avoid elevators too. Matter of fact, there's a lot of things I avoid these days.

I abhor surrendering control to others. [Not the I want to do everything my way control.] The safety and well-being of me and mine control.

DPJK is on my family crest. (Don't Play, Just Kill). That sound harsh to you? Look out your window, see what is going on around you.

The music which follows does not contain any heavy messages meant to back up my declaration. It is just stuff I like to hear. I play music like this, open up a new tab and browse a few links. The music keeps me in sight of shore.