Got to emailing with my art director, talking about what would be needed if SHTF, water filtering systems, so forth. It was a non-linear exchange, to be sure. He sez:


Me, I just want to have stuff people had 100 years ago, or a better modern equivalent. Bottom line doesn't look so bad then.

Gee, maybe you should join these guys. Find out if they have a local chapter.

which got him going (which is what I wanted; he's good when he gets revved up)

There needs to be a different flavor.

Why does every movement arrange itself as opposed to something? How about the happy Luddites that could care less what you do so long as you stay off my front porch? Meanwhile I'll be sure to keep the things from the past that work- stored food, non-treated water, solar powered clothes dryer (a 50 cent line strung in my backyard), and so forth.

People who worship the golden calf deserve what they get. Empty lives staring at tiny lit up boxes. An iPad cannot grow you a garden, nor catch you a fish. When the battery runs down you can throw it at someone or prop open the back door.

What is needed is balance, introspection, lack of ego, shunning vanity, humility, and grace. Appreciation. Luddites don't have any more of these than some apple freak Subaru toe hair hippie, nor some slicked-up graphics hipster with every gadget imaginable. Humans are just raccoons picking up shiny objects. Luddites just think very little of other humans. More like misanthropes.
The funny thing is my house has witnessed it all. Built in 1908, the old gal has been poked, prodded, added onto, scrubbed, painted, wired, and sided. She is a veritable fly paper of all the good and bad ideas that have been forced upon her.

She's got:
Aluminum siding, over asphalt shingle siding, over cedar siding. All three have their advantages/disadvantages. Together they do a pretty good job.
Phone wires running all over. There is but one functioning line, the rest date from the 40's and 80's.
Cable wires running all over. I don't use it, but I bet none of it works any longer.
Electricity...not when she was built.
Plumbing.... not originally.
Finished basement, ditto.
There is an axe head with tape over the sharp part, attached by wire and pulley to the utility room door. Gravity spring. Looks like it's been there since the furnace was put in... and if it breaks, I'll replace the cable. It works perfectly.
Since the 40's a dry fire sprinkler system throughout, no longer with standing pressure at the curb. But the fire department can hook up to the system in front of the house and provide the real pressure the curb never could.

Real Luddites would have me huddled and cold, bathing in grey water, with no fire protection and in the dark. Well, maybe, but my 50" plasma is definitely a violation. That's my business.

Other folks say "why's the toilet so close to the wall?" or "there's only one outlet in this room".... "why don't you have wi-fi?"

If I treat her right she'll always do what she's always done best. Keep us warm and dry and give us space to manage productive activities. And with zero opposition to any other person's lifestyle required ... except hippies.

Conservative values. Class Warfare is for dope-smoking commies. Standing on your own. No leeching. No whining. Fuck the hippies.  Hanify

So, OK, Here's the skinny on Luddites. More than you want to know I am sure:

Luddite
From Wikipedia, the free encyclopedia

The Luddites were a social movement of British textile artisans in the nineteenth century who protested – often by destroying mechanized looms – against the changes produced by the Industrial Revolution, which they felt were leaving them without work and changing their way of life. It took its name from Ned Ludd.


The movement emerged in the harsh economic climate of the Napoleonic Wars and difficult working conditions in the new textile factories. The principal objection of the Luddites was to the introduction of new wide-framed automated looms that could be operated by cheap, relatively unskilled labour, resulting in the loss of jobs for many skilled textile workers. The movement began in 1811 and 1812, when mills and pieces of factory machinery were burned by handloom weavers, and for a short time was so strong that Luddites clashed in battles with the British Army. Measures taken by the British government to suppress the movement included a mass trial at York in 1812 that resulted in many executions and penal transportations.


The action of destroying new machines had a long tradition before the Luddites, especially within the textile industry. Many inventors of the 18th century were attacked by vested interests who were threatened by new and more efficient ways of making yarn and cloth. Samuel Crompton, for example, had to hide his new spinning mule in the roof of his house at Hall i' th' Wood in 1779 to prevent it being destroyed by the mob.

The Luddites were a social movement of British textile artisans in the nineteenth century who protested – often by destroying mechanized looms – against the changes produced by the Industrial Revolution, which they felt were leaving them without work and changing their way of life. It took its name from Ned Ludd. 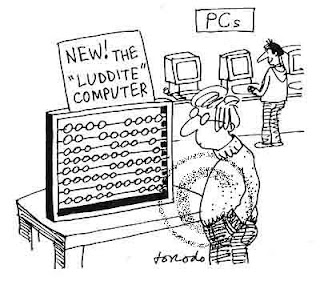 
Neo-Luddism
From Wikipedia, the free encyclopedia

Neo-Luddism is a personal world view opposing modern technology. Its name is based on the historical legacy of the British Luddites which were active between 1811 and 1816. Neo-luddism includes the critical examination of the effects technology has on individuals and communities.


Reform Luddism is an offshoot of Neo-Luddism and represents a personal world view skeptical of modern technology and critical of many purported benefits.


Opposition to the adoption of technology and challenges to the notion of supposed technological progress are sentiments that are echoed across history. In Gulliver's Travels (1726) Jonathan Swift ridiculed the Royal Society, the oldest scientific society in Britain, and both Henry David Thoreau and Ralph Waldo Emerson extolled the virtue of unaltered nature. Neo-luddism conjures pre-technological life as the best post-technological prospect (see also primitivism), or as Robin and Webster put it, "a return to nature and what are imagined as more natural communities".


Industrial Society and Its Future (1995) is a recent expression of neo-luddism by Theodore Kaczynski, also known as the Unabomber. The manifesto states:


"The industrial revolution and its consequences have been a disaster for the human race. They have greatly increased the life-expectancy of those of us who live in 'advanced' countries, but they have destabilized society, have made life unfulfilled, have subjected human beings to indignities, have led to psychological suffering (in the Third World to physical suffering as well) and have inflicted severe damage on the natural world."


The more moderate Reform Luddism recognizes the many benefits of the evolving industrial society and embraces the inevitability of change while recognizing that change does not compel the uncritical adoption of new, seemingly useful innovations which may have unanticipated consequences. The balance of benefit and burden for acceptance of new technologies must be arrived at individually. The Reform Luddite movement resists the trend toward industrialization but does not reject and seeks to ensure that change does truly produce a net benefit overall.


Both Reform Luddism and Neo-luddism express significant doubts about the nature of benefits from uncritically embracing new information technology. Neo-luddism holds the belief that we were better off before its advent and is the opposite of technophilia, the belief that technological innovation will remedy all ills. Reform Luddism alternatively holds that an individual chooses to embrace or not an individual technology, that is to "Turn it on" or "Turn it off" and consequently may embrace technology to obtain a full, rich and balanced life.


Both also challenges the assumption that all that went before technology is redundant and to be disregarded because of its inferiority. While neo-luddism is a fringe movement, some of its ideas, critiques and solutions have broad resonance in contemporary culture that resonate with the more moderate Reform Luddite movement; for example, quests for a "simple" way of life.


While Reform Luddism engages change in a moderated way Neo-luddism often expresses itself in stark predictions about the effect of new technologies.


John Philip Sousa for example regarded the introduction of the phonograph with suspicion, predicting:


"a marked deterioration in American music and musical taste, an interruption in the musical development of the country, and a host of other injuries to music in its artistic manifestation, by virtue - or rather by vice - of the multiplication of the various music-producing machines." 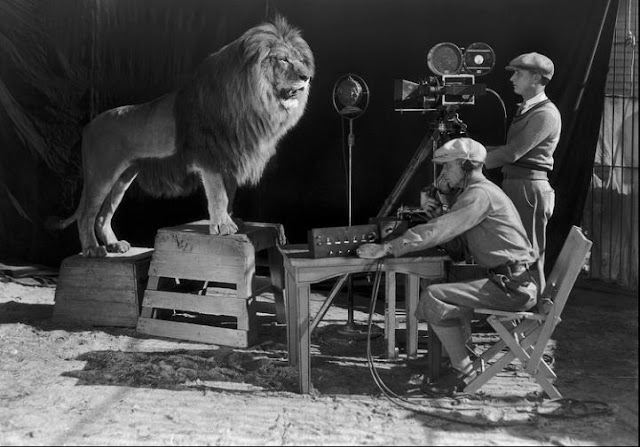 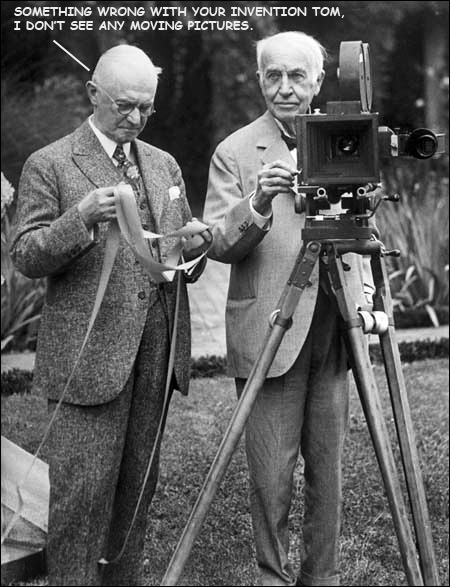 Posted by chasmatic at 7:21 AM