We are all listening to rumors that something bad is going to happen on 9-11. Instead of cowering and hoping that it won't happen near us we should be fire-bombing Baghdad and other concentrations of Muslim terrorists. Can't find 'em? Enlarge the target area. 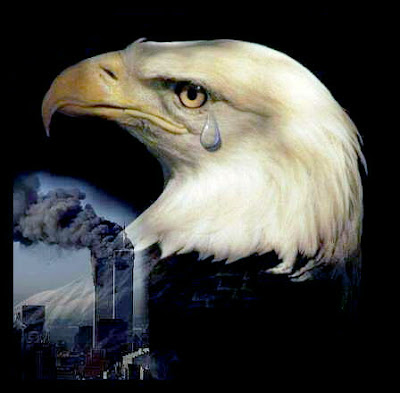 While all is being said, not much is being done.
To address a scourge such as Islam we must think in terms of extermination.
Think: Dresden;
Think: Hiroshima and Nagasaki;


Folks, as unpleasant as it may appear, going against spiritual principles that I and many others espouse in Christianity, the only solution for the Muslim threat is to kill every last one of them, their families, their friends, their neighbors; to lay waste to their crop lands and salt their wells, to slaughter and burn their livestock, to destroy their buildings such that no two stones lay atop one another.


The justification, if one is needed, is that the Muslims are Evil. Whether we are biblical or worldly, believers or atheists, young, old, gay or straight, male or female, White or Black or any other combination of the above, the paradigm in which we all repose dictates that some things are good, some bad, and some Evil.


I chose the word Evil to describe the enemy which threatens the world. There is a moral and spiritual dynamic assumed. Can there be any doubt that the followers of Islam do harm to all other people?

The remedy to the damage and destruction, the murder most foul and the barbaric actions of Muslims can only be met with a force strong enough to overcome once and for all that which threatens all others.
Death sudden, overwhelming, final, no hesitation, and thorough by whatever means will accomplish the end result — elimination of the Evil.