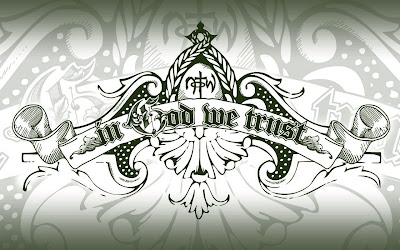 Simple and straightforward. The Bill of Rights and a bible are all we need. Oh, and plenty of ammo.

Stand up for the National Anthem at the bottom of this post. You ever heard all the verses? Read the lyrics. 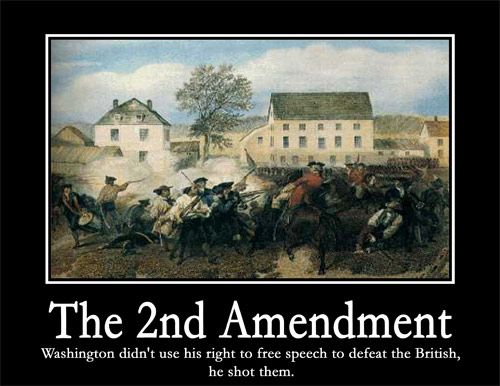 The Bill of Rights is the collective name for the first ten amendments to the United States Constitution which limit the power of the U.S. federal government. These limitations protect the natural rights of liberty and property including freedoms of religion, speech, a free press, free assembly, and free association, as well as the right to keep and bear arms.
They were introduced by James Madison to the 1st United States Congress in 1789 as a series of legislative articles and came into effect as Constitutional Amendments on December 15, 1791, through the process of ratification by three-fourths of the States.
The Bill of Rights plays a key role in American law and government, and remains a vital symbol of the freedoms and culture of the nation. One of the first fourteen copies of the Bill of Rights is on public display at the National Archives in Washington, D.C.

Congress shall make no law respecting an establishment of religion, or prohibiting the free exercise thereof; or abridging the freedom of speech, or of the press; or the right of the people peaceably to assemble, and to petition the Government for a redress of grievances.
A well regulated Militia, being necessary to the security of a free State, the right of the people to keep and bear Arms, shall not be infringed.
No Soldier shall, in time of peace be quartered in any house, without the consent of the Owner, nor in time of war, but in a manner to be prescribed by law.
The right of the people to be secure in their persons, houses, papers, and effects, against unreasonable searches and seizures, shall not be violated, and no Warrants shall issue, but upon probable cause, supported by Oath or affirmation, and particularly describing the place to be searched, and the persons or things to be seized.
No person shall be held to answer for a capital, or otherwise infamous crime, unless on a presentment or indictment of a Grand Jury, except in cases arising in the land or naval forces, or in the Militia, when in actual service in time of War or public danger; nor shall any person be subject for the same offence to be twice put in jeopardy of life or limb; nor shall be compelled in any criminal case to be a witness against himself, nor be deprived of life, liberty, or property, without due process of law; nor shall private property be taken for public use, without just compensation.
In all criminal prosecutions, the accused shall enjoy the right to a speedy and public trial, by an impartial jury of the State and district wherein the crime shall have been committed, which district shall have been previously ascertained by law, and to be informed of the nature and cause of the accusation; to be confronted with the witnesses against him; to have compulsory process for obtaining witnesses in his favor, and to have the Assistance of Counsel for his defense.
In suits at common law, where the value in controversy shall exceed twenty dollars, the right of trial by jury shall be preserved, and no fact tried by a jury, shall be otherwise re-examined in any court of the United States, than according to the rules of the common law.
Excessive bail shall not be required, nor excessive fines imposed, nor cruel and unusual punishments inflicted.
The enumeration in the Constitution, of certain rights, shall not be construed to deny or disparage others retained by the people.
The powers not delegated to the United States by the Constitution, nor prohibited by it to the States, are reserved to the States respectively, or to the people.

Oh say can you see by the dawn's early light,
What so proudly we hailed at the twilight's last gleaming,
Whose broad stripes and bright stars through the perilous fight, O'er the ramparts we watched, were so gallantly streaming?

And the rockets' red glare, the bombs bursting in air,
Gave proof through the night that our flag was still there;
Oh say does that star-spangled banner yet wave,
O'er the land of the free and the home of the brave?

On the shore dimly seen through the mists of the deep,
Where the foe's haughty host in dread silence reposes,
What is that which the breeze, o'er the towering steep,
As it fitfully blows, half conceals, half discloses?
Now it catches the gleam of the morning's first beam,
In full glory reflected now shines in the stream:
'Tis the star-spangled banner, O! long may it wave
O'er the land of the free and the home of the brave.

And where is that band who so vauntingly swore
That the havoc of war and the battle's confusion,
A home and a country, should leave us no more?
Their blood has washed out their foul footsteps' pollution.
No refuge could save the hireling and slave
From the terror of flight, or the gloom of the grave:
And the star-spangled banner in triumph doth wave,
O'er the land of the free and the home of the brave.

Oh thus be it ever, when freemen shall stand
Between their loved home and the war's desolation.
Blest with vict'ry and peace, may the Heav'n rescued land
Praise the Power that hath made and preserved us a nation!
Then conquer we must, when our cause it is just,
And this be our motto: "In God is our trust;"
And the star-spangled banner in triumph shall wave
O'er the land of the free and the home of the brave!

Essay writing is really very hard for students and many students are really stressed to write it. So finding a best essay writing format is not easy. Anyway you can check any essay writing services and they can help you to find a good format to write the essay. I can recommend a site that has helped me. I’s called WritePaper.Info Good luck!