This election more than any other was won by people like us voting negative. We didn't, did not want the incumbents to remain in office so we made choices that were not positive ones. We didn't care what the pol's record was or if he had some little secrets and shortcomings, all we knew was that he was not a Democrat. Perhaps that strategy will be the prevailing one in future elections. Instead of "I am this and I promise that" we'll see "I'm not this and I will not that".


I am not surprised. Sad, yeah, in the melancholy sense. The change in power in Congress was inevitable. The Democrats have shown no regard for the voice of any people except the usual suspects: special interest groups, People of Color, and money people. What bothers me is the mindset, the tactics we had to adopt in order to gain some control.

I am wondering exactly what it is that we have won? The ensuing months will tell the tale. All these pols we put in to take control of Congress, most of them got in because we were voting against Dems, not necessarily for them.


The numbers tell the tale. Jefferson:  “A democracy is nothing more than mob rule, where fifty-one percent of the people may take away the rights of the other forty-nine.”


One of Pidge’s rules:  Stretch the rules. Always win. The only unfair fight is the one you lose.


Lombardi:  Some of us will do our jobs well and some will not, but we will all be judged by only one thing -- the result.

I am a winner. What I will do now and how I will survive whatever comes next, that is my focus. With King James and Uncle Sam I can't go wrong.

We are hard-pressed on every side, yet not crushed; we are perplexed, but not in despair; persecuted but not forsaken, struck down, but not destroyed. – 2 Corinthians 4:8-9.


I read this in The Woodpile Report:

No matter who you vote for, the government gets elected.


Is there anybody reading this stuff that still believes if only we had:
that all our troubles would go away? 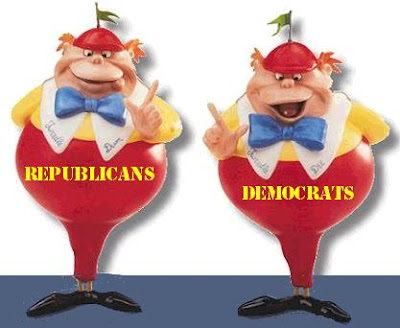 If you chose any of the above please click here. You have earned one of these: 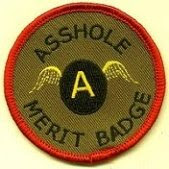 If you didn't even bother to answer there is faint hope. 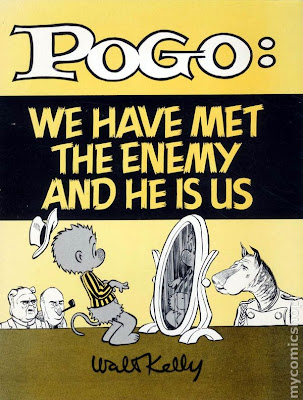 Traces of nobility, gentleness and courage persist in all people, do what we will to stamp out the trend. So, too, do those characteristics which are ugly. It is just unfortunate that in the clumsy hands of a cartoonist all traits become ridiculous, leading to a certain amount of self-conscious expostulation and the desire to join battle.

There is no need to sally forth, for it remains true that those things which make us human are, curiously enough, always close at hand. Resolve then, that on this very ground, with small flags waving and tinny blast on tiny trumpets, we shall meet the enemy, and not only may he be ours, he may be us.
—Walt Kelly, June 1953 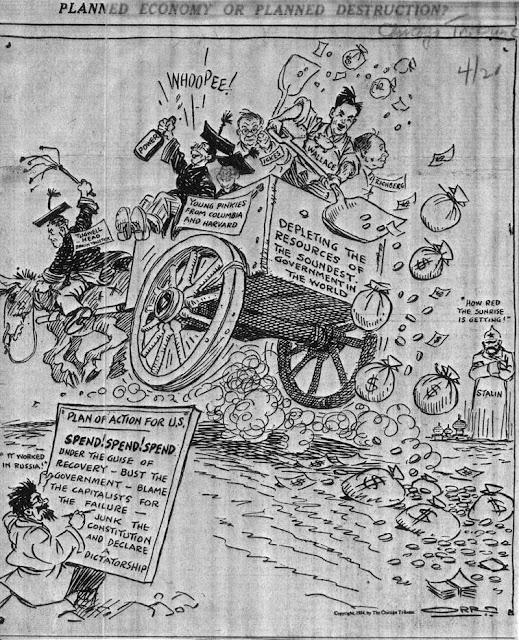 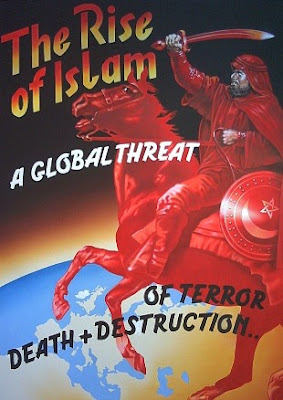 Here's another quiz, you can make up for the question you missed above:

How many cows are in this picture? 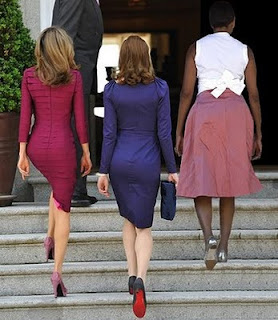