THE EARTH IS LOSING WEIGHT

We have some excitement down around my place when the clocks change. A couple dozen folks gather in Courthouse Park and count down to 2:00 AM for the change. One gets up in costume as Father Time but it is only a bed sheet and an egg timer. I guess we’re supposed to be cheered up by having an “extra” hour of daylight to start the day and accept gracefully when the sun goes down at 4PM.


I been thinking about time lately, burning the midnight oil. Sometimes I get up three in the morning, but that doesn’t sound as good — “burning the 3AM oil”. The secret is napping. I tell the missus I’m gathering my cosmic energy.

What with the changing of clocks, here an hour, there an hour, we must be out of synch with Universal Time. Add to that the six hours we gloss over each year for three years and then leap to make up in the fourth year, we must certainly be off the Galactic Calendar. This is no way to run a planet. 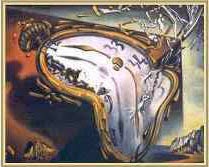 The magnetic poles flip every so often and we don’t even remark on it. Earth’s axis is tilting ever so slowly but certainly, a degree at a time. Our circumference varies like hemlines. I tell ya, we’re out of whack. The planet is also losing weight. Hard to see but all that metal we been sending up into space does not return. I know the water is in a closed loop but even so a couple drops here and there, it adds up.

Besides, I’m already furlongs ahead of the game by contemplating the weight loss or gain of our solar system. I tell ya, this could turn out, eclipse global warming. How’s your helium footprint?
Nine out of ten international experts agree that “Helium, on the other hand, is a different matter. It represents 0.00052% of the volume in our atmosphere, but it's mainly harvested from natural gas using a process called fractional distillation. Helium is becoming scarce in our planet.”
The tenth international expert says: “This planet isn't losing weight. The infall of meteor dust is considerable, forgotten long ago how much, but some very large number of tons per year. It could be in the millions. Maybe even thousands. Who knows, hundreds could be involved.”
*It should be noted that this expert is of the old school, only endorses that which he thought of first.


There are strong arguments for the Earth actually losing weight. This article is one of many that describe several possible causes and concludes that specific elements leaving Earth’s atmosphere will cause weight loss. If I were playing the stocks and commodity markets I would buy shares in helium companies or support research that would allow us to split an atom or two and create more of the stuff. As it is I monitor what parameters I can and have formulated lighter Earth/heavier Earth scenarios.

Ballistics is one field of many that is being affected as we speak.

Life: it is just a matter of time.
Posted by chasmatic at 7:00 AM