Milton Wright wrote The Art of Conversation, a comprehensive treatment of the subject, in 1936. The book deals with conversation both for its own sake, and for political, sales, or religious ends. Milton portrays conversation as an art or creation that people can play with and give life to.
Here's part two. Thank you for getting through part one. If we're not careful we might learn some things. I stuck a song on the end of this essay. Worth a chuckle or two. 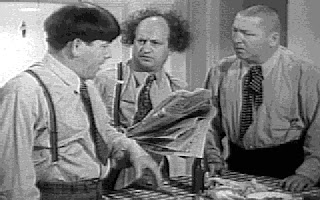 Conversation for its own sake
Conversation for some other purpose
Politicians, preachers, salesmen, lobbyists, etc. practice the latter.
Conversation for its own sake has two distinct aims:
Companionship
The exchange of ideas
Four instincts may always be appealed to in conversation:
Attraction
Self-assertion
Pugnacity
Curiosity
Three instincts may sometimes be appealed to:
Sex
Art
Acquisition
The sex, artistic and acquisitive instincts may be appealed to with some people, but not with others. Moreover, more discretion is required in tapping these instincts if they are to produce good conversation.
A mutual dislike stimulates conversation. It is easy to stimulate most people to talk if you can find their pet peeve. Beware of doing this unless you share their viewpoint.
Perhaps the strongest instinct is parental affection. Talk to someone (especially a woman) about their children and they are deeply interested.
The instincts which must always be avoided are:
Repulsion
Self-abasement
Fear
Contrary to popular impression, flattery is not something to be generally condemned. It provides a very proper stimulus to the self-assertive instinct and thus promotes the interchange of information and ideas.
Flattery must be sincere. Usually it should be implied rather than expressed. When it is insincere or overdone, however, it may cause more harm than good.
People like to acquire information, but they prefer to impart it. Best of all they like to be asked their opinion because you pay them a higher compliment by asking what they think than by asking what they know. It is far better to ask a racing enthusiast who will win the Kentucky Derby this year than who won it last.
When asking for someone for information or their opinion be careful not to arouse self-abasement by exposing their ignorance or strutting your own knowledge.
The instinct of pugnacity may be appealed to by challenging someone with a statement with which they cannot wholly agree.
Curiosity may be appealed to by provoking someone to question, wonder, or speculate. Perhaps this is conversation at its highest and most rewarding.

Posted by chasmatic at 8:00 AM