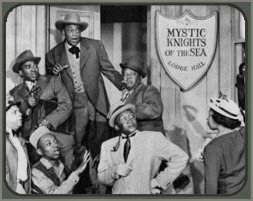 In one-on-one conversation there are two subconscious goals:
To get to know the other person
To reveal yourself
Generally these goals should not be aimed at directly.
Attitudes to cultivate in dialogue are:
Interest in the person
Interest in the subject
Friendliness
Sincerity
Candor
Helpfulness
"People who are uncomfortable in themselves are disagreeable to others." - William Hazlitt

People like those people who:
Like them
Appreciate them
Admire them
Like the same things as they do
Are the same kind of people they are (usually)
Are helpful
If you do not fit into one or more of these categories, DO NOT attempt to be friends.
According to a study the average American male is interested in job, home, politics, recreation, health, current events in that order. Note that four of the six topics, including the first two, are personal.
Complete self-confidence often engenders antagonism in conversation. According to Nietzsche, `If you wish to prepossess one in your favor, you must be embarrassed before him.'
In dialogue, conversation should usually not be brilliant or scintillating.
In dialogue about half your time should be spent listening, unless it is clear that the other person wishes you to talk more. The advantages of listening are:
You conceal your own weakness.
You learn the other person's attitude.
You give the other person enjoyment.
You store up emphasis for the statement you eventually make.
In times of trouble a sympathetic ear is more valuable to most people than anything that can be said to them.
While conversation should generally attempt to remove barriers there are some barriers that cannot be removed and no attempt should be made to do so. Such barriers are:
Age
Sex
Experience
Superiority
Inferiority
It is easier to talk with an inferior than with a superior, but it is not easier to talk well. 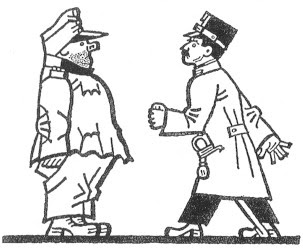