Me and the missus went out to California recently and we saw a different region, so different we felt like we were in another state. The coastal area can fall off the continent, won't hurt me none.


So I owe an apology, was a bit hasty in my assessment of California in the last posts. I saw the fruits & nuts coastal areas that first time and did not like what I saw. This time we went through the bread and butter heartland and we came away with a better impression. Although for the life of me I cannot figure why these folks let the state get into such a condition. Population and demographics I guess, the tail wagging the dog.

We stayed away from the coast - there is something about the Pacific Ocean that makes peoples' brains soft. Although Philistine sez up in Oregon there's some good people. We travelled up Hwy 99, crossed over to I-5 for a visit to Pea Soup Andersen's, crossed back to 99. Pea Soup Andersen is in a distant branch of our clan. His bunch mastered the keep-the-soup-in-the-bowl skills.

From Barstow up to Fairfield we saw farm and ranch. Lots of it. Central Valley. My kind of people: feet on the ground, workers, American flags and go-to-church billboards in just about every town. The folks we saw on the roads, they would stop and help if we were on the shoulder with the hood up. Many of 'em waved when passing, a fact appreciated by those of us who live away from Metropolis. 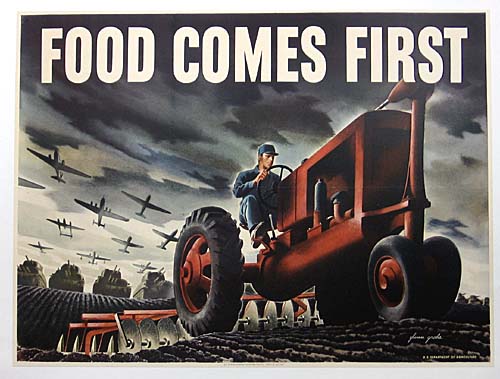 A lot of those farm and ranch folks are probably descended from the Okies and others who came west in the Dustbowl '30s. No wonder they got manners.

Back home in New Mexico, whew. Nothing like 100F temp, hostile terrain, towns 60 miles apart to dispel the fog of recent Cali visit.

Driving the back roads, everybody waves to each other. Don't have to like 'em, don't even have to know 'em, but wave anyway. It is the right thing to do. Besides you never know who you might see when a car breaks down 20 miles from town. Of course vigilance is always required with the people, just like watch for rattlers and don't step in the cactus, but everything is so upfront the Situational Awareness comes easy.

Not that I'm riding around on back of a horse in my Sunday shirt singing all over the place, but this pretty much says it all, including "totin' my old 44"