General Conversation
The main purpose of general conversation is to entertain.
General conversation should conform to the following principles:
The topic must be of general interest.
Each person must do his share AND NO MORE.
There should be no periods of silence.
No topic should be dragged out.
The tone should be kept good-natured.
No one should be offended by anything said.
The famous seventeenth century Literary Club of Samuel Johnson, Edmund Burke, Sir Joshua Reynolds, Oliver Goldsmith, David Garrick et al. met at a tavern at 7:00 P.M. every evening (later every week and then every two weeks) and talked into the small hours. They recognized that all members (limited to nine) must be congenial and a unanimous vote was necessary for the election of a new member.
In general conversation alcoholic refreshment has historically been considered important.
To make a practice of advancing propositions and then proving them conclusively is fatal to conversation. To insist on always being right subjects listeners to the emotion of self-abasement. Conversation is neither a lecture, a sermon, nor a debate.
If you have nothing to say on the topic under discussion, say nothing. According to Voltaire, `One always sounds foolish when one has nothing to say.'
Attempting to steer the conversation round to your pet subjects will engender resentment in your listeners.
Sometimes when you find yourself with nothing to contribute to a general conversation you may feel uncomfortable and inadequate. The impulse to get rid of the feeling by saying something is best resisted.
To stay on topic is not enough. One must stay in tune with the conversation. Otherwise one's remarks will grate on the rest of the company.
To talk shop in the presence of someone to whom such talk is foreign is extreme discourtesy.

Many cannot keep their emotions from rising when discussing certain subjects. If that emotion comes out in a negative way then the subject must be changed.
The only safe course in unfamiliar company is neither to be severely critical of anyone, nor to suggest circumstances about which people are likely to be touchy.
In general conversation, especially, there is no place for mockery, belittlement, or flat contradiction. Sarcasm is worst of all because sarcasm implies contempt. It is an insult, and insults are things to be resented. 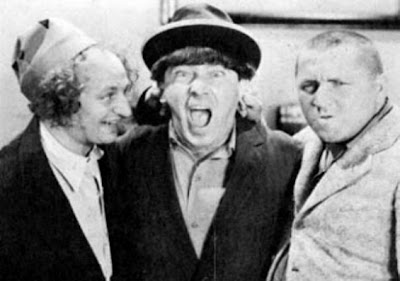 Rarely insist on logic because:
The best topics of conversation don't readily lend themselves to logical treatment.
Few people master logic or listen attentively to logical argument.
Many people like their beliefs, opinions and prejudices more than they like logic.
Only a few people would sooner listen than speak. Hence Sydney Smith's motto, `Take as many half-minutes as you can get, but never more than a half- minute without pausing to give others an opportunity to strike in.'
Posted by chasmatic at 7:00 AM